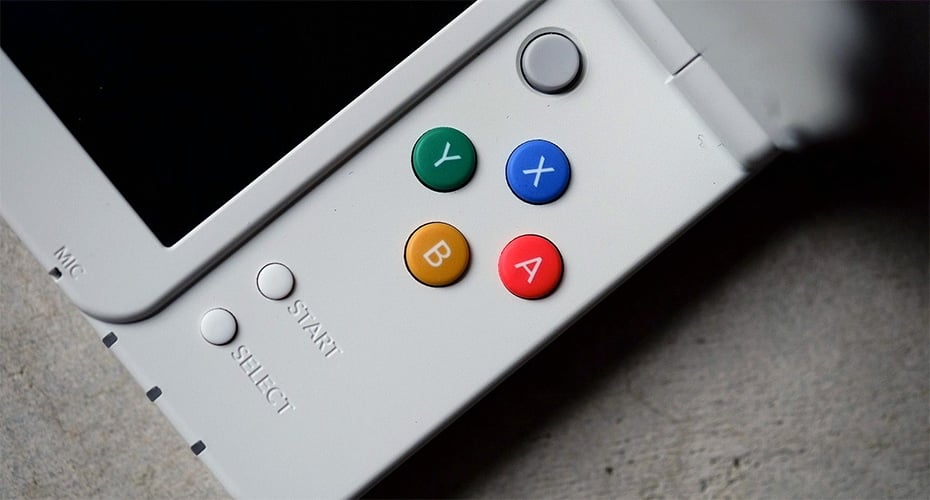 Apart from the horrible name (naming has never been Nintendos strong suit), the new model adds some solid features like face-tracking 3D, an extra analogue stick for camera controls, support for amiibo figures (Nintendos take on the Skylanders concept) and a stronger CPU for shorter load times. The announcement also served to lower the prices of existing 3DS models – both in retail and on the second-hand market.

Whether you take the plunge for a New Nintendo 3DS, or opt for the older models which are now incredibly affordable, there’s never been a better time to get in on the Nintendo 3DS.

Now, the Nintendo 3DS has a very healthy software library.

Earlier this week, I received my original, small Nintendo 3DS in ”Flame Red”, along with two titles: Super Mario 3D Land and New Super Mario Bros. 2. I got it used for 500 Swedish kronor, which converts to just below 60 USD. It was so cheap that I was worried I was being scammed, but two days after I transferred the money, it arrived at my doorstep. I’ve paid more for single games on the Xbox 360.

The Nintendo 3DS was off to a rough start. Due to lower than expected sales, Nintendo lowered the price of the console by almost one-third just a couple of months after it was released. It was the deepest and swiftest price cut in the company’s history, and Nintendo had to initiate an ”ambassador program” to make good with the people who bought it at the original price. The early adopters got ten ambassador-exclusive downloadable Game Boy Advance titles for their troubles. The price cut was the kick in the butt the 3DS needed to start moving units. Now, the Nintendo 3DS has an install base of over 50 million and a very healthy software library. 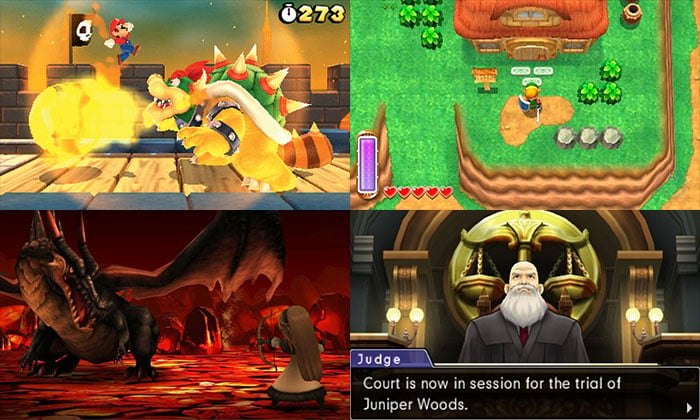 As is always the case with Nintendo, most of the must-have software on the system is developed by Nintendo themselves. Even so, with four years having passed, there’s a lot of that software out there:

These are just some of the great titles available on the Nintendo 3DS, and all of them are exclusive to the platform. The Legend of Zelda: A Link Between Worlds alone is worth getting a 3DS for. It’s probably my favorite Zelda game since Wind Waker, and that’s saying a lot.

Shovel Knight is as awesome as it looks.

In addition to these, there is also a pretty healthy selection of titles available for download on the Nintendo eShop. Pullblox (Pushmo in the US), Shovel Knight and SteamWorld Dig are some of the highlights. There’s also Virtual Console; a collection of games from the NES/GB/GBC era that cost about $5 a piece. The selection of Virtual Console titles is not as great as I would like (167 in total, with a lot of the best titles missing), and it’s a shame that SNES/Game Boy Advance titles are not available on the system. Let me pay you for The Legend of Zelda: A Link to the Past and Metroid Fusion again, Nintendo. I beg you.

The die-hard Nintendo fans buy a new Nintendo system as soon as it is available. They know that eventually, Mario, Zelda, Metroid and all of the other Nintendo franchises will get titles on the platform, so they might just as well get in on it on the ground floor. The less ardent fans wait for the software library to grow healthy before they follow suit. I belong to the latter group, and the Nintendo 3DS software library is well beyond healthy at this point. It’s fantastic.

Buy a Nintendo 3DS. You won’t regret it.