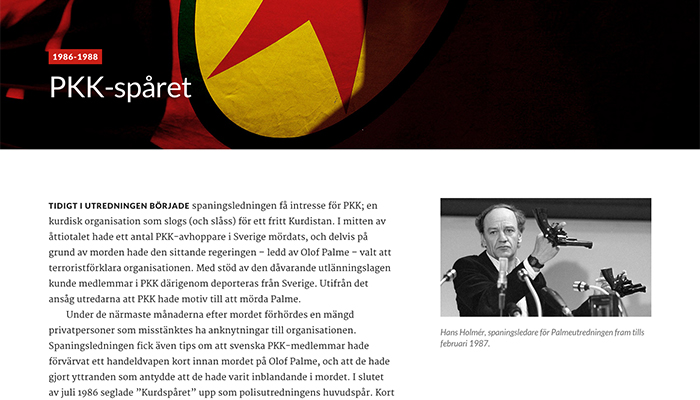 Palmemordet.se, my site about the 1986 murder of Swedish Prime Minister Olof Palme, has had a steady stream of visitors the last few years, despite the fact that the site looks like it’s from 2010 (probably because it is). The 28th anniversary of Olof Palmes death felt like the appropriate time to give the site some overdue attention. I’ve remade the design from the ground up and updated most of the content.

Palmemordet.se has been running WordPress since I started the site four years ago, which obviously is pretty superfluous when the entire site consists of a single page. I’ve trashed the WordPress installation and published a simple HTML/CSS page in its stead. It’s much easier to support, and since I didn’t need to conform to the WordPress post editor I could be a little more creative with the design.